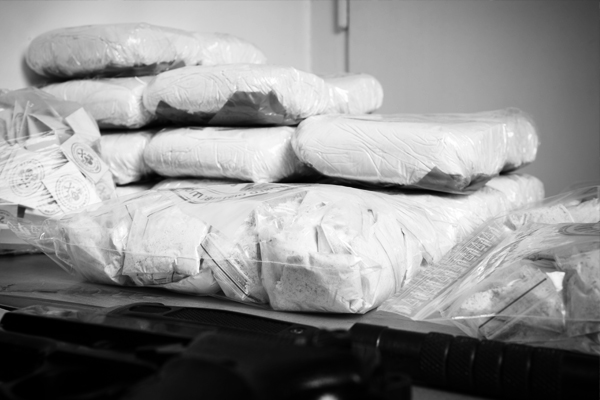 Manufacturing crimes in Iowa, with methamphetamines stemming from rural heartland of Iowa, are plenty. A rather confusing term, “manufacturing” is described as the production, preparation, propagation, compounding, cultivation, growing, conversion, or processing of a controlled substance. All of these substances are indeed extracted organically, or by chemical synthesis, or by a mixture of the two. Manufacturing crimes often arise when law enforcement receives a tip that someone is manufacturing or growing a dangerous drug in a property or home. Authorities then take comprehensive measures before a raid, doing background checks on the criminal history of the house or property has a past history of drug charges, setting up surveillance, and check electricity bills and garbage containers for drug paraphernalia. If the police believe that there is probable cause for a warrant, a search warrant is prepared and presented to a judge.

A drug manufacturing crime in Iowa is indeed very serious, and basing on the circumstances of the case, you could be charged with a Class II or III felony. The size of the drug network or operation will have some weight on the sentencing, but the minimum sentencing requirements for the crime of drug manufacturing will include a minimum of 1 year to a maximum of 50 years, based on the substance involved and a fine $1,000 to $1,000,000. Aside from significant prison time and fines, an offender can have their property seized.

Manufacturing charges are strengthened to the next level, felony charges, under certain circumstances just like distance to academic institutions, parishes, public housing, child care establishments, parks, community facilities, institutions and even adult nursing homes. Furthermore, there are additional charges that are often filed in these situations if the property used was owned, leased, rented, or possessed for manufacturing (or cultivating) a controlled substance. These charges not only put on a person who was renting a house for manufacturing, but also to the owner of the residential property that knowingly rented it to a person for manufacturing a controlled substance.

Drug manufacturing for particular drugs including methamphetamine and marijuana has become widespread in Iowa, and accordingly, law enforcement has escalated their operation to deal with it. They are so aggressive that, in some instances, they don’t follow their own legal procedures in search and seizure or in the process of arrests. A proficient drug crime lawyer can help determine whether the police officer went against your rights, then demand that the proof be regarded as inadmissible and the charges dropped completely or reduced once proof has established.

To become convicted of manufacturing (or intending to manufacture) illicit drugs, the prosecution must basically prove the elements of both possession and an intent to manufacture. A permit or authorization to own specific items otherwise used to make illegal drugs may be a defense. For example, pharmacists have access to a wide array of substances that may be used to manufacture illicit drugs. Certain chemicals and industrial supplies normally utilized to make illegal drugs may also have legitimate uses that would require an authorization.

Being charged with manufacturing crimes in Iowa is a serious situation and allows no space for error or giving anything below your best effort. Make sure to find the best lawyer there is to defend your case.